"[A] thrilling and soaring hybrid of Krautrock, Gospel and swampy Cajun music"

To deem Julian Cope a mediocrity and describe the research conducted in aid of what he brazenly peddles as musicology as perfunctory are exercises in superlative understatement. In a span of over three decades, Cope has maculated two mediums with a succession of ill-conceived codices and discs in advertisement of his narcissism and dearth of talent. His obnoxious antics have endeared him to certain influential circles of the British press and consequently the most credulous among their audience, but any comparison of Cope's output to that of his most accomplished musical or literary contemporaries unequivocally reveals him as a posturing, fifth-rate hack whose ego far outstrips the talents of his collaborators. 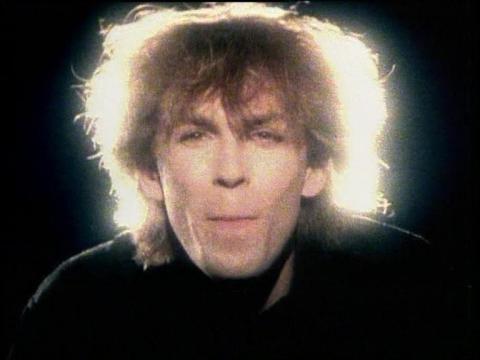 While Cope's quondam Crucial Three bandmate Ian McCulloch assembled Echo & the Bunnymen to record a quartet of classic albums, his The Teardrop Explodes inadvertently asserted their identity as the most lightweight and uninspired outfit of the post-punk period and Scouser scene. Their pair of smug, obvious, uninspired LPs are paltry divots recorded during an otherwise thrilling renaissance of British popular music. Following the dissolution of this sole lucrative project concomitant of Cope's abusive behavior in the company of his bandmates and the routine, petulant harangues to which he subjected his audiences, he's since recorded well over a dozen albums in which juvenile snark is substituted for clever banter, frayed psychedelic cliches and tired rock shibboleths are newly pressed into service and the distorted, stunted id of a marginal figure is exhibited in contrast to the stifling limitations of his trifling talent as both a songwriter and musician. Had he any artistic credibility, Cope's perpetual commercial failure might be insignificant, yet his shameless, recurrent, maladroit assays for exoteric appeal have yielded aggregate album sales shy of 400,000 units, and a few modestly successful singles. Worse, his numerous collaborative efforts ineptly revive ambient music and rock in the style of Can and Neu! (Queen Elizabeth), pop-metal hokum in conspiracy with a pair of erstwhile Spiritualized members (Brain Donor) and neo-folk belaboring tired, postwar revolutionary politics (Black Sheep).

If Julian Cope's music insults the intelligence, then the portion of his literature in treatment of music beggars revulsion itself. Scrawled in his earmark adolescent argot, Cope's autobiographies merely confirm expectations that his pranks and ostensibly outrageous lifestyle are as banal as his aural offerings. Worse, neither addresses an inimical rivalry with McCulloch that both parties provoked, which impelled Cope to discharge guitarist Mick Finkler from The Teardrop Explodes with a vague accusation of complacency for the affront of Finkler's friendship with McCulloch.
Unanimously exalted by the Anglophone pop music press in an astonishing paroxysm of cultural ignorance, his asinine Krautrocksampler fecklessly documents the phenomenon of German postwar rock whilst relegating certain pivotal acts such as Agitation Free to the periphery of its contracted purview. Some published critique of the slim (140 pp) paperback absurdly postulated that Cope's dubious "scholarship" was to be credited for a renewed interest in classic German rock music and its popular appellative, which was incipient for years prior to its publication. Perhaps anticipative of a widespread backlash, Cope acknowledged his book's copious omissions and corrigenda, and thankfully elected not to revise it for future republication.

As I winced at Krautrocksampler's every third paragraph, I don't intend to read and subsequently review his chronicle of Japanese rock, fatuously titled Japrocksampler: How the Post-war Japanese Blew Their Minds on Rock 'n' Roll. If the substance of the book's promotional website reflects its quality, Cope's prose is as fixedly inane as ever. Most of the site's content consists of negligibly brief profiles of figures and groups of or somehow related to Japanese rock music. One typical example is its page pertaining to Yellow Magic Orchestra, the totality of its summary being:

"Yellow Magic Orchestra was formed in 1978, and was inspired by the music of Kraftwerk and David Bowie.

Oh. Cope couldn't be bothered to add a few ancillary sentences in concern of YMO's status and acclaim as the premiere Japanese synthpop act, groundbreaking utilization of the TR-808 or enduring popularity. Further, he specifically refers to YMO in the past tense, likely unaware that they're extant, still coherent since their second reunion in 2007. Note Yoko Ono's entry:

Solicitation declined, huckster! This history of Toru Takemitsu is baffling:

"Working alongside Toshiro Mayuzumi, and highly-influenced by composers such as Iannis Xenakis and John Cage, Toru Takemitsu was at the forefront of the Japanese avant-garde."

Nearly as canonic as incongruous, that. Never mind the superfluity of Cope's hyphen; how is Takemitsu in any way affiliated with Japrock? My familiarity with the composer's output is hardly exhaustive; we've all heard his famed Requiem and November Steps, sublime film scores, merger of orchestra and gagaku ensemble, pentatonic and post-impressionist compositions, etc. Excepting some arrangements of Beatles songs for guitar and piano, I can colligate nothing of popular music with Takemitsu; if such a relation exists, Cope couldn't be bothered to mention it. His scintilla regarding Hi-Red Center is equally flummoxing:

"The sometimes hilarious and sometimes dangerous escapades of Hi-Red Center occupy a central place in Japrocksampler. Their story is told in Book One, Chapter Two 'Experimental Japan'."

If either Hi-Red Center (whose approximate year of activity in the early sixties antedates the formation of most significant rock acts, Japanese or otherwise) or Genpei Akasegawa ever promoted, designed artwork for or hosted an installation in any way related to a rock band, I don't know of it...or whether their inventive capers are related to pad Cope's aforementioned chapter. If only because it provides some unintentional amusement, I can't loathe this page's blurb concerning Shuji Terayima:

"As a playwright, director and avant-garde dramatist, Shuji Terayama was one of the most important and creative of all post war Japanese artists. His Wikipedia entry is considerable, and should be consulted."

What's more, said entry apparently couldn't be included as the target of a hyperlink! To my knowledge, none of Terayama's films, plays, poetry or photography addressed the subject of or featured any rock music whatsoever. Perhaps some Tenjo Sajiki production or other featured music of rock instrumentation, but having read this, I almost expect to encounter a page herein on the subject of Minoru Yamasaki. Fujio Yamaguchi's item could very well have been written by a pothead teenager:

This former Group Sounds star lead guitarist had his career scuppered when, at the turn of the 1970s, he had the misfortune to meet and form a group with one Chahbo, who could neither sing nor write songs. As two-fifths of the rock band Murahatchibu, the two became infamous as the druggiest and most under-achieving pair since late first period Aerosmith. Unlike Perry and Tyler, however, these two never even released a full LP.

Bogus! However, nothing of the Japrocksampler site -- or perhaps any other -- is so execrable as this flagitious overview of Geinoh Yamashirogumi. Confused, cumbersome treatises respecting Tsutomu Ohashi's versatile, innovative musical collective are an Internet tradition, but none are so appalling as this single paragraph's flagrant ignorance. Despite their clumsy phrasing, the first sentence and much of the second therein are accurate until Cope struggles to describe Osore-zan by way of comparison:

"Named in English 'Yamashiro's Performing Arts Group', Geino Yamashirogumi was a massive vocal ensemble comprised of up to 70 singers at a time. The ensemble was joined on side one of their 1976 debut LP by the Spiders' organist Katsuo Ohno and 'Monsieur' Takayuki Inoue on some particularly incendiary electric guitar, along with bass player Takanori Sasaki and drummer Jiro Suzuki, conspiring to create a thrilling and soaring hybrid of Krautrock, Gospel and swampy Cajun music."

Those unfamiliar with Cope must understand that he equates every variety of progressive rock with Krautrock; he's likely claimed at some juncture that Pink Floyd derived their style from one of the Amon Düül incarnations. That he likened the Yamashirogumi's choral style to that of gospel, or Sasaki's basslines with those of Cajun boggles the imagination. This alone may be adduced in support of the averment that rock critics and historians are grossly unfit to document other modes or genres of music. This only declines:

"Side two's bizarre early Residents-like vocal chimping and LORD OF THE FLIES prattle was almost (but not quite) as great."

That "chimping" and "prattle" to which Cope refers in Copper Sword Dance is derived from Kecak music. As Cope's addled little skull can't retain the title of a track, I can't expect him to recognize the distinct vocal style of a famous Balinesian musical form.

"Named OSOREZAN after the legendary sacred mountain on the northernmost island of Hokkaido, this debut LP is a spectacular achievement and appears at number 8 in Japrocksampler's Top 50. Thereafter, Geino Yamashirogumi unfortunately lost 'it', their muse being substituted instead for a series of bizarre 'genre' LPs."

One may not replace inspirational abstractions with objects, but Cope's derisory attempt to turn a phrase is marginally less embarrassing than his ignorance; those "genre LPs" constitute perhaps the most assiduously arranged, engineered and performed selections of ethnic folk musics yet committed to record by a single ensemble.

"The second LP CHI NO HIBIKI was merely an accurate reading of several Georgian, Russian and Bulgarian folk songs, most likely without interest to anyone still on this mortal coil,"

Coeval to Le Mystère des Voix Bulgares, the Yamashirogumi's effort is at least the equal of the Bulgarian State Television Female Vocal Choir's pioneering album, and even more ambitious in scope. Alas, a rock neanderthal posturing as a musicologist can't be bothered to appreciate the beauty and depth of music conceding to no immediate accessibility.

"[...] and certainly back up on ebay just two days after our postie had delivered it."

If Reverberation of Earth is "likely without interest to anyone still on this mortal coil," why would Cope attempt to sell it at some minor expense?

"[...] though the title freaked me* out so I've never attempted to search it out."

Whenever one of this boor's impressionable fans declares him a groundbreaking musicologist, I cough a chuckle.

"In conclusion, we rock'n'roll frontiersmen just have to accept that in order to find the greatest lost Japanese music, we're gonna have to become ever more open-minded about the places where we search."

Indeed: by acting in diametric contrast to Julian Cope's conduct. That those two sentences were typed in consecutive succession without any attendant irony or elicitation of cognitive dissonance only evinces the brain damage inflicted by Cope's ample ingestion of narcotics.

"A further tour of underground Japan will undoubtedly bring forth umpteen more lost classics from the most unlikely places, as evidenced by the unexpected classics lurking within theatre music, street music and the like."

If any such suppositional classics don't feature prominent guitars among their instrumentation, Cope likely can't be bothered to survey them.

"*In the early 1970s, Japanese attitudes to Africans can best be illustrated by the behaviour of Murahatchibu's lead guitarist Fujio Yamagauchi, who went to such lengths to emulate his hero Chuck Berry that he appeared in blackface for one press shot."

White anglophones (in this instance, a gawky Anglo-Saxon who characterizes elegant, theatrical Balinesian music as "chimping prattle") are always quick to assume some contrived pretense of moral superiority by admonishing Japanese in regard to lighthearted racism. Selections from African Folk Music is an exciting, alternately melodious and cacophonous celebration of African folk genres, notable for an authenticity of form cultivated by sedulous study conducted in the dark continent. Furthermore, the connoted racism of attributing discriminatory sentiments to Japanese in observation of a single gauche (albeit innocuous) antic demonstrated by a notoriously giddy entertainer strains the reprehensible bounds of hypocrisy.

If Cope has an iota of remaining sense, he'd do well to confine his activity to essay of antiquarianism, the only subject for which he's demonstrated any talent or turned an estimable profit.

Back to the homepage